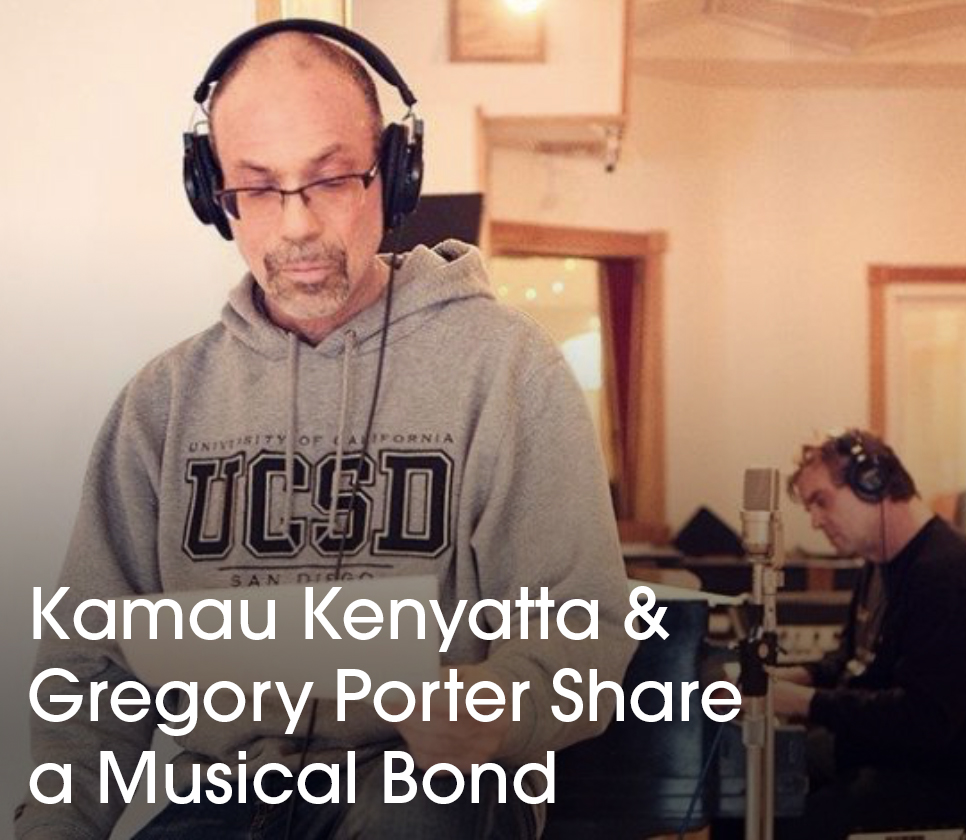 Van Morrison, Hubert Laws, Don Was and Jamie Cullum are just a few of the luminaries who sing the praises of former San Diego State University-student-turned-Grammy-Award-winning singer Gregory Porter in the new film documentary, “Gregory Porter: Don’t Forget Your Music.”

But when it came to composing and recording new original music for the soundtrack, the producers of “Don’t Forget” knew there was only one person for the job: Kamau Kenyatta.

The veteran saxophonist and pianist is a lecturer at UC San Diego, where he is the director of the Department of Music’s jazz ensembles. He has produced or co-produced all four of Porter’s albums, including 2013’s million-plus-selling “Liquid Spirit,” which in 2014 won the Grammy for Best Jazz Vocal Album. The eight pieces Kenyatta wrote for the film, which should open in the U.S. by early 2017, will be featured on the soundtrack album.